Posted in General Year 10 March Out 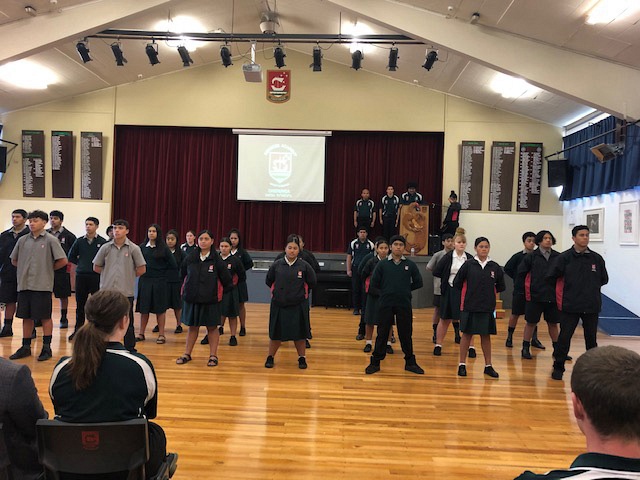 It was an honour to attend the Year 10 March Out, parade in the last week of the term.

Students gave an impressive Drill display, demonstrating the teamwork and discipline that they have developed this year.

Year 10’s spoke of the journey they had been on, starting as shy individuals, they learnt to build confidence and trust in each other and developed into the confident unit that was on display.

Students from the Year 13 Services class have had an important role in mentoring and training the Year 10 class. The year 10’s have found this to be hugely beneficial and rewarding and many of them have been inspired to continue in the Services Academy as a direct result of this relationship. Similarly the Year 13’s have had the opportunity to develop their leadership skills and have embraced the responsibility that they were given. They described how proud they felt seeing the progress that the Year 10 class had made. For some, training with this class has been the most important and enjoyable experience of their schooling.