Posted in General Victoria is Victorious! 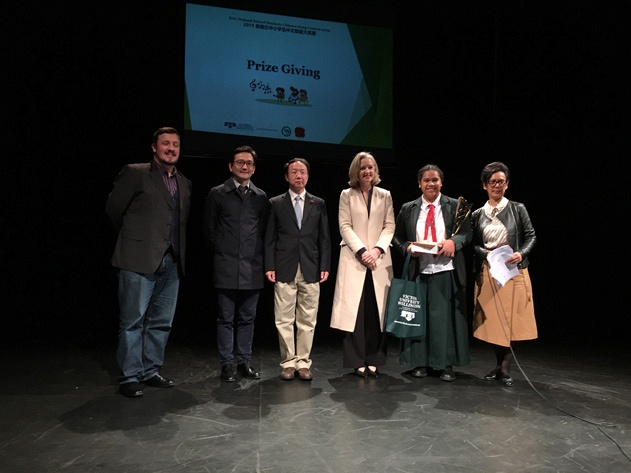 She appears in the photograph with the prize winning trophy and IPAD. Victoria, who has been selected as one of four Youth Ambassadors for Chinese Language Week, is attending an event at Parliament tonight.

Winning the National Chinese Song contest is the most recent in a series of impressive successes for Victoria, who along with Annie Manukeu 12Pj and Olano Khadija 12Ct is travelling to China in December, having been awarded China Study Camp Scholarships. Victoria, also  placed third in the National Chinese Bridge Speech Competition and will travel again to China later in the year to represent New Zealand in the televised world finals!