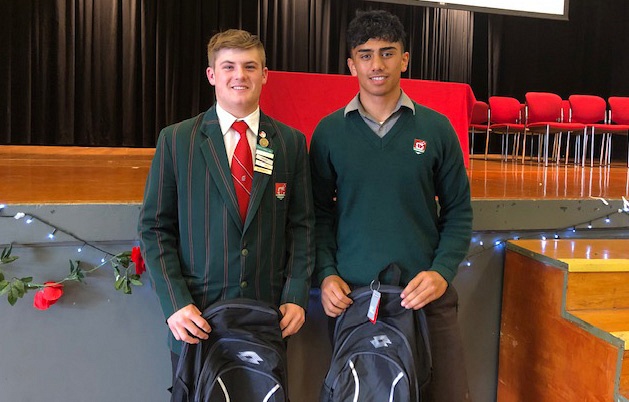 The Sports awards for 2020 were presented at a special assembly held this week. Principal Ms Deidre Shea, welcomed students, whanau and staff, to the awards ceremony and thanked them for persevering with training, playing, coaching, refereeing and supporting sports, in what has been a very disrupted and difficult year.

Sport is a very important part of life at Onehunga High School and it was exciting to see so many of our students recognised for their contribution to the sporting life of the school. Director of Sport Mr Chad Coombes also acknowledged the students who give up their time to coach, manage and referee teams.

While many students were recognised for outstanding team and individual performances and all are to be congratulated the following students are to be particularly applauded for receiving Badges:

The following students have excelled in their respective sorting codes and are Regional or National representatives.

Blues Award (Students who have represented New Zealand in 2020)

The awards ceremony ended with an inspiring and hugely entertaining speech from Liam Malone MNZM who is a former New Zealand para-athlete, primarily competing in sprint events. He represented New Zealand at the 2016 Summer Paralympics in Rio de Janeiro, where he won gold medals in the men's 200 metres T44 and 400 metres T44, and the silver medal in the men's 100 metres T44. Liams colourful  journey to success deserves its own article. Please keep an eye out for it soon!

Sincere congratulations to Mr Chad Coombes, Mr Karl Jacobson, DP Mrs Ceri Cheshire, DP Mr Murray Saunders and to the Sports Council for organising another successful event and to all students who participate in Sport in the school.