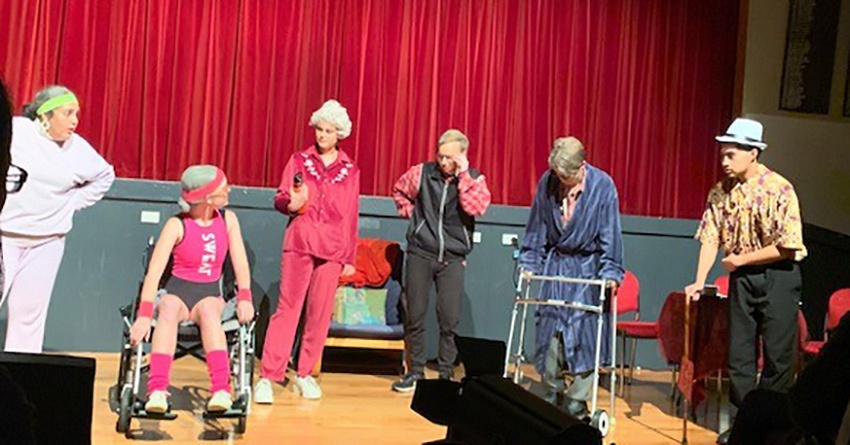 From the opening scene, you were intrigued by the dynamics of the people on stage. The dispassionate secretary, beautifully captured by Sophie Roberts had us chuckling immediately. The three men coping with the vagaries of old age were brilliantly portrayed by Campbell Briggs-Canavan, James Hawtin and Jayden Johnson. The protagonist Sam, expertly played by Josh Sutton, is a young man who has used his own life experience to write his first novel. Sam has been estranged from his Grandfather Jimmy for most of his life, as he blames him for the death of his Grandmother Amelia. Forced by the publisher of his book to get his grandfather’s side of the story, Sam goes back to his hometown, to confront his grandfather, where he learns the truth and is forced  to rethink his long held opinions. While there, he meets up with his old girlfriend Maggie, convincingly played by both Joanne Ahchong and Eva White. We the audience are delighted when they finally rekindle their romance.

This was a truly enjoyable play to watch. Sincere congratulations to everyone involved in the production. All of the actors who took to the stage were entertaining and convincing. Like any production, they could not have done such a great job, without the support of a dedicated crew of students and staff. We look forward to future productions.