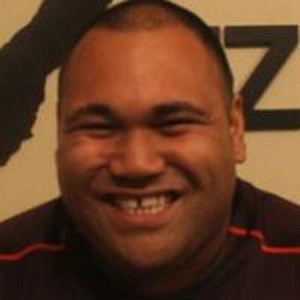 It was very exciting to see former OHS student Ben Tuimaseve feature on Seven Sharp last night. OHS staff, remember Ben as an engaging young man, who was always positive, involved and who had a great sense of humour. They are absolutely delighted that he is pursuing his Paralympic dream.

Ben who has Cerebral Palsy, which affects the left side of his body is determined to compete in the Paralympics in Shot Put. The Olympics, which were to be held in Tokyo this year, have been postponed until August 2021, which will give Ben more time to train and recover from the ankle surgery he had, late last year. His ultimate goal is to be an Olympic medalist, but as important is his desire to encourage others to challenge themselves to try something new. Ben says that few disabled Pacific Island people are involved in athletics, because disability has often been seen as a curse, something to be hidden away, He hopes that he can lead by example and encourage others, as he sees his disability, as both “a challenge and a blessing”. His advice, “focus on the good stuff and throw the rest in the trash”.

Ben, a singer and dancer has not always been a sportsman. He began Shot Put late in 2016, because he wanted to challenge himself and learn a new skill. He competed for NZ in the 2019 Oceania Championships in Australia. He has also competed in para rugby through the Physical Disability  Rugby League (PDRL) New Zealand Competition, representing NZ in competitions in Australia in 2017 and 2018.

Ben, who has a wonderful support crew in his family, is eating healthier and training harder than ever before, giving it his very best to attain that Olympic dream. We are definitely cheering him on!